What is the Florida Law Against Texting and Driving?

What is the Florida Law Against Texting and Driving? 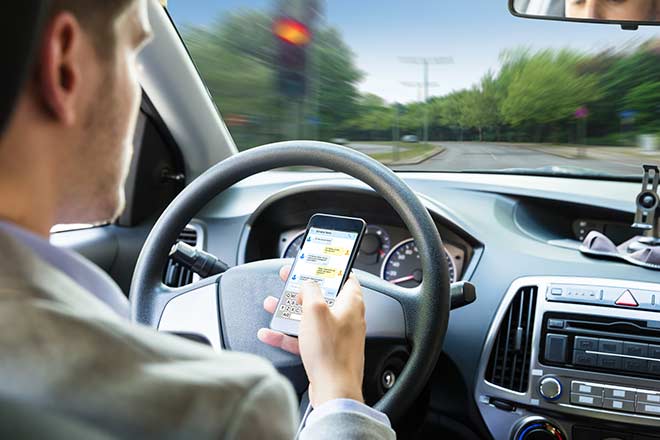 Currently, the Florida law against texting and driving by non-commercial drivers is considered a secondary offense. Officers have to witness another violation, such as speeding before they can pull a driver over to issue a citation for texting while driving. The new texting while driving bill (HB 33), which already passed the House with a vote of 112-2, would change its status to a primary offense.

Florida Law Against Texting and Driving

There isn’t any evidence that the present Florida law against texting and driving deters drivers from engaging in this dangerous act. Police officers often cannot tell the difference between a drunk driver and a texting driver. The similarities are strikingly similar.

Drivers in both instances speed up and slow down, weave within the lanes, and drive too closely to other cars. Not only do they endanger their own lives but they also selfishly and needlessly put others at risk as well.

Cell Phone Use While Driving Laws

Even though officers see drivers whip by while texting, they are powerless to pull them over unless the drivers are committing a primary driving offense. In 15 states, the U.S. Virgin Islands, Puerto Rico, Guam, and Washington D.C., hand-held use is strictly prohibited while driving. Drivers can be pulled over while using a hand-held cell phone without other traffic offenses taking place.

While regulations vary from state to state, as it stands, 47 states, D.C., the U.S. Virgin Islands, Puerto Rico, and Guam have text messaging laws banning use in place. Only 43 enforce the ban against texting and driving as a primary offense. Finally, 38 states and D.C. ban all cell phone use by beginner drivers. Twenty states and D.C. ban the use of cell phones by all bus drivers.

Accidents & the Cost of Insurance

Of all Florida accidents in 2016, distracted drivers accounted for more than 230,000 accidents. From 2014 to 2016, crashes resulting in fatalities increased 27 percent. As more accidents occur, more claims are filed. More claims mean drivers will have to pay higher insurance fees.

No doubt the new bill aims to reduce distracted driving-related accidents and the cost of insurance. Even if your rates have not increased, it’s a good idea to shop around every six months for new car insurance rates. To speak with an independent auto insurance professional, reach out to the experts at E&L Insurance, today. And the next time you reach for your phone while you’re driving, don’t! Put the phone down because a text message isn’t worth your life.